U.S Bellows custom-designed a rectangular fabric expansion joint with rounded corners for an exhaust duct application at a gas turbine in Saudi, Arabia. The unit is 70″ W x 126″ L x 17.5″ face-to-face; the fabric belt is PTFE and the framework is stainless steel. The expansion joint is designed for an operating temperature range from -20°F to 600°F, an operating pressure of +/- 100″ water column, and a movement of +/- 1″ axial compression and lateral offset combined. A 100% dye-penetrate exam and anchor install test were performed before shipment. 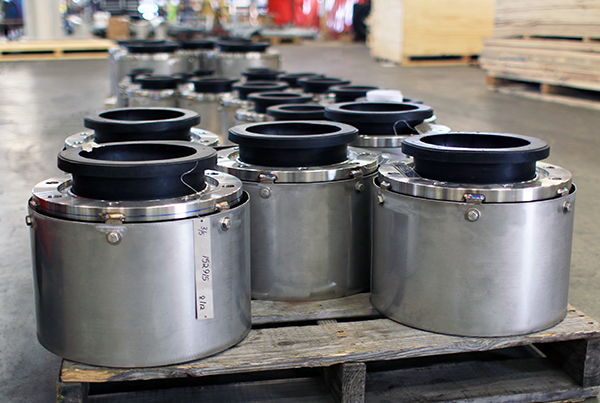 These neoprene expansion joints were custom-designed for water cooling loops at a chemical plant in Louisiana. They have a neoprene twin sphere rubber tubing with 304 stainless steel flanges and covers. U.S. Bellows fabricated five of each of the following dimensions: 3×10, 6×10, 8×12, and 10×14. They are designed for an operating temperature of 225°F at 225 psig and 1-3/8″ – 1-3/4″ of lateral offset. The units were hydro-tested and PMI on all rubber joint root-rings prior to shipment.

U.S. Bellows, Inc. has spoken to many customers who complain about premature failure of expansion joints.  In the vast majority of these cases, the issue is not a poorly made expansion joint but another issue in the piping system that places excess stress on the expansion joint.

Expansion joints are placed into piping systems for the following reasons:

Thermal growth will move to the path of least resistance. Expansion joints are designed to be the path of least resistance with a spring rate that is much lower than expansion loops and bends.  This is also what makes expansion joints the weakest element in the piping system. The issue with expansions joints is they can be sensitive to excess movement and are very sensitive to torsion.  As a result, when the required movements in the piping system or overall process parameters change, it can adversely impact expansion joints. This can be caused by a lack of preventative maintenance, process changes to obtain greater output, poor installation, etc. The following are some of the scenarios PT&P has seen:

Spring support maintenance – When a spring support is not maintained, the stress and movements in the piping system can be altered significantly. For example, PT&P worked with a large chemical plant that was experiencing repeated expansion joint failures on a specific expansion joint. Upon review, the cause of the failure was that a constant spring supporting a long vertical run of piping was not being maintained. This was causing an issue for the expansion joint which was on a horizontal run of piping that was feeding the vertical piping. The chart below shows an example of the impact of expansion joint designed for 1” of axial movement when it is required to also support 0.5” of lateral movement. The requirement to support 0.5” of lateral movement reduces rates cycle life from 100,000+ cycles to 2096 cycles! 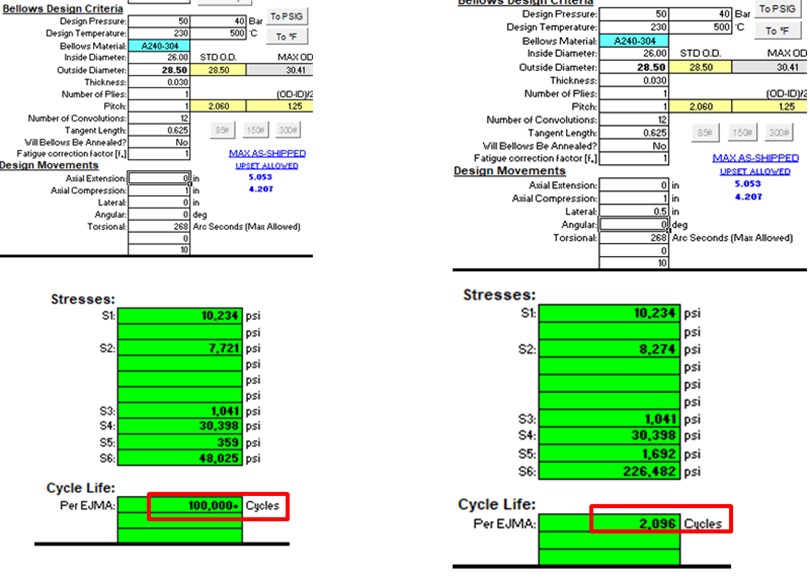 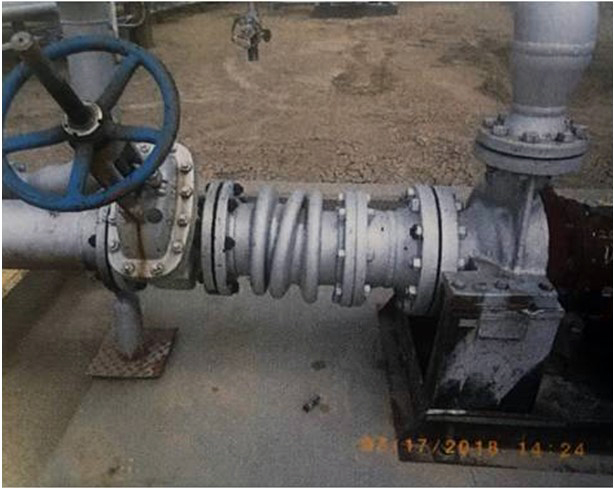 US Bellows recommends a strong maintenance program to avoid these issues. This includes the following: